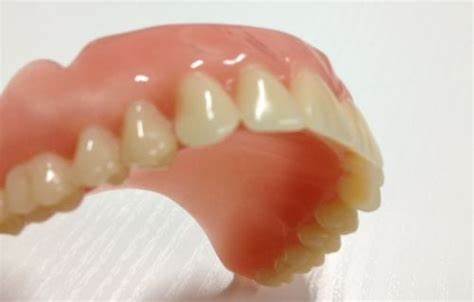 Ρόκ τσίκ. Ο κόσμος έχει ανάγκη απο είδωλα. Vinita, Musk etc.
--------------
In March 1933, when Strauss was 68, Adolf Hitler and the Nazi Party rose to power. Strauss never joined the Nazi Party, and studiously avoided Nazi forms of greeting. For reasons of expediency, however, he was initially drawn into cooperating with the early Nazi regime in the hope that Hitler—an ardent Wagnerian and music lover who had admired Strauss's work since viewing Salome in 1907—would promote German art and culture. Strauss's need to protect his Jewish daughter-in-law and Jewish grandchildren also motivated his behavior,[1] in addition to his determination to preserve and conduct the music of banned composers such as Gustav Mahler and Claude Debussy.

In 1933, Strauss wrote in his private notebook:

Meanwhile, far from being an admirer of Strauss's work, Joseph Goebbels maintained expedient cordiality with Strauss only for a period. Goebbels wrote in his diary:

Strauss was on the cover of TIME in 1927 and (here) 1938.
Nevertheless, because of Strauss's international eminence, in November 1933 he was appointed to the post of president of the newly founded Reichsmusikkammer, the Reich Music Chamber. Strauss, who had lived through numerous political regimes and had no interest in politics, decided to accept the position but to remain apolitical, a decision which would eventually become untenable. He wrote to his family, "I made music under the Kaiser, and under Ebert. I'll survive under this one as well."[12] In 1935 he wrote in his journal:

Strauss privately scorned Goebbels and called him "a pipsqueak".[13] However, in 1933 he dedicated an orchestral song, "Das Bächlein" ("The Little Brook"), to Goebbels, in order to gain his cooperation in extending German music copyright laws from 30 years to 50 years.[14] Also in 1933, he replaced Arturo Toscanini as director of the Bayreuth Festival after Toscanini had resigned in protest against the Nazi regime.[1]

Strauss attempted to ignore Nazi bans on performances of works by Debussy, Mahler, and Mendelssohn. He also continued to work on a comic opera, Die schweigsame Frau, with his Jewish friend and librettist Stefan Zweig. When the opera was premiered in Dresden in 1935, Strauss insisted that Zweig's name appear on the theatrical billing, much to the ire of the Nazi regime. Hitler and Goebbels avoided attending the opera, and it was halted after three performances and subsequently banned by the Third Reich.[15]

This letter to Zweig was intercepted by the Gestapo and sent to Hitler. Strauss was subsequently dismissed from his post as Reichsmusikkammer president in 1935. The 1936 Berlin Summer Olympics nevertheless used Strauss's Olympische Hymne, which he had composed in 1934. Strauss's seeming relationship with the Nazis in the 1930s attracted criticism from some noted musicians, including Toscanini, who in 1933 had said, "To Strauss the composer I take off my hat; to Strauss the man I put it back on again", when Strauss had accepted the presidency of the Reichsmusikkammer.[17] Much of Strauss's motivation in his conduct during the Third Reich was, however, to protect his Jewish daughter-in-law Alice and his Jewish grandchildren from persecution. Both of his grandsons were bullied at school, but Strauss used his considerable influence to prevent the boys or their mother being sent to concentration camps.[18]
Last edited: 8 Δεκεμβρίου 2022