"Fantastic Four," a contemporary re-imagining of Marvel's original and longest-running superhero team, centers on four young outsiders who teleport to an alternate and dangerous universe, which alters their physical form in shocking ways. Their lives irrevocably upended, the team must learn to harness their daunting new abilities and work together to save Earth from a former friend turned enemy. 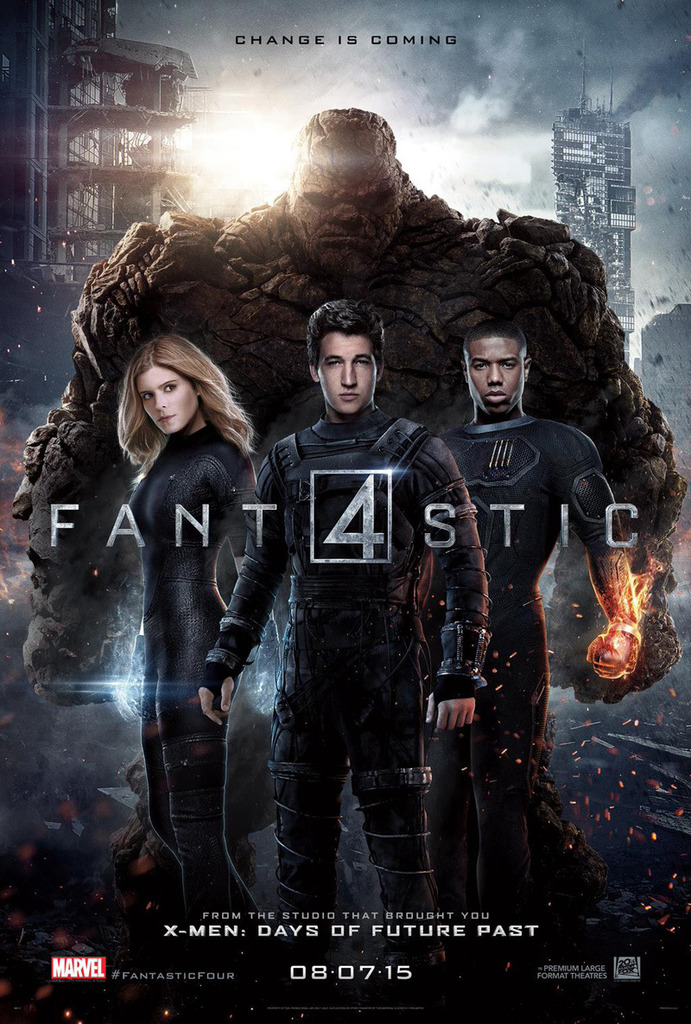 Last fall it was revealed that Mark Millar, the writer behind comic books like "The Ultimates," "Kick-Ass" and "Superman: Red Son," had been hired by Twentieth Century Fox as a consultant on the studio's upcoming Marvel Comics adaptations. Today, Millar himself has revealed another new development that could pave the way for a shared cinematic universe.


"Just off the phone with Fox and some excellent news," Millar posted on Twitter. "Matthew Vaughn is producing Josh Trank's Fantastic Four reboot!"

Twentieth Century Fox has cast Marvel's First Family! Jamie Bell, Michael B. Jordan, Kate Mara and Miles Teller are Josh Trank's The Fantastic Four. TheWrap broke the news, confirming months of rumors surrounding the involvement of Jordan, Mara and Teller and were the first to name Jamie Bell as the studio's choice for Ben Grimm, aka The Thing. Bell seems to be the only one without an official offer on the table, but it is very much expected that he will be confirmed by the studio shortly.

Teller will play Reed Richards (Mr. Fantastic), Mara will be Sue Storm (The Invisible Woman), Jordan is set to play Johnny Storm (The Human Torch) and Bell (likely through motion-capture) would be Ben Grimm (The Thing). Previous reports have suggested that Trank's iteration of the story also involves Dr. Victor Von Doom, so expect more casting on The Fantastic Four very soon.

The actor previously named as one of the top choices for the role, Variety reports that Dawn of the Planet of the Apes star Toby Kebbell has taken the role of Dr. Victor von Doom in director Josh Trank's The Fantastic Four. 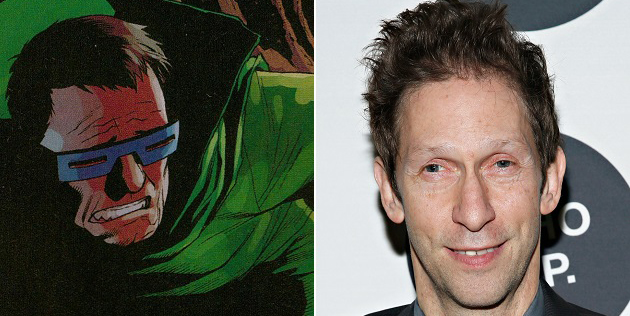 Comic book fans will recall Elder's name as being the alternate identity of the subterranean ruler known as the Mole Man. In comic book lore, Elder was a scientist who, after being lost on an expedition to Monster Island, wound up discovering the world of Subterranea. Because he was mocked by the surface world for his theories regarding the underground kingdom, Elder decided to stay and became the world's ruler. Although the Mole Man was the villain of the very first "Fantastic Four" comic, the trade notes that Elder is slated to appear as a scientist only, potentially setting the Mole Man up for future sequels.

Nelson is no stranger to playing scientists-turned-Marvel-Comics-supervillains. He played Dr. Samuel Sterns (aka the Leader) in 2008's The Incredible Hulk. 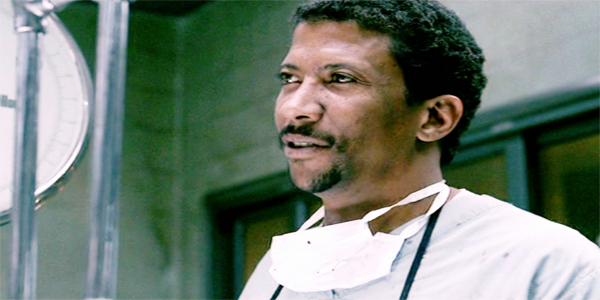 With production having officially started this week for The Fantastic Four, The Hollywood Reporter brings word that "The Wire" and "House of Cards" actor Reg E. Cathey has joined the cast of the film as Dr. Franklin Storm, the father of Sue (Kate Mara) and Johnny Storm (Michael B. Jordan).

Accused of murder and thought to be dead in the first volume of the comic series, Dr. Storm actually operated on and saved his daughter's life when she suffered a life threatening injury at the hands of the Mole Man. Following his actual death just one issue later, Sue and Reed named their first child Franklin after him. In Marvel's "Ultimate" universe, however, Dr. Storm is partially responsible for the creation of the Fantastic Four. Could we be seeing this version of the character on the big screen?

Details are beginning to materialize regarding Josh Trank's upcoming The Fantastic Four with star Toby Kebbell today spilling the beans about the altered origins of his iconic comic book villain, Doctor Doom.

"The thing I really concentrated on for Doctor Doom -- or just 'Doom,' as we've got him -- was the voice," Kebell told ComingSoon.net during an interview to promote the upcoming Blu-ray of his recent Dawn of the Planet of the Apes. "Even on the animated series, they never got his voice what I imagined it to be when I read the comics as a little boy What I spent the majority of my time doing was not just being a fan, but being a bit of pedant and making sure I got exactly what I always wanted to see."

Kebbell got a bit more specific with Collider, revealing that there's no Victor Von Doom (or Van Damme, for that matter). Instead, he's playing an iteration named Victor Domashev who is an "anti-social programmer" and posts under the online handle "Doom."

Take a first look at The Fantastic Four costume design! 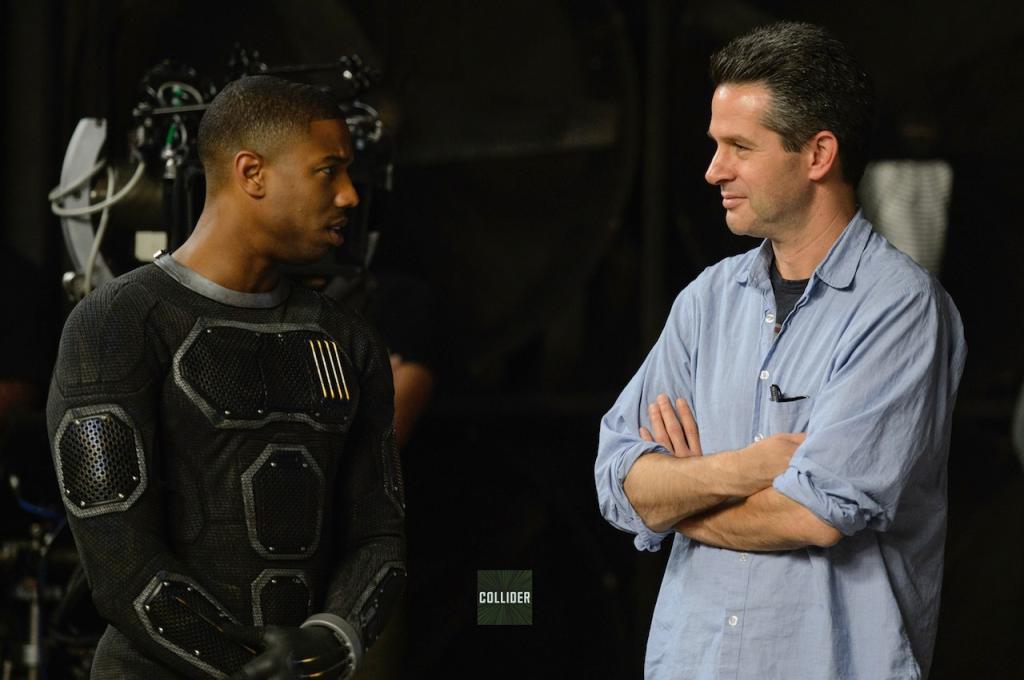 Our first official look at the costume design for 20th Century Fox’s upcoming reboot of The Fantastic Four has arrived! Collider debuted the above image, showing off star Michael B. Jordan in the outfit he’ll be wearing as Johnny Storm. Although the look may not be the blue unstable molecule jumpsuit that fans are familiar with, director John Trank tells the outlet that that’s because he’s going for “a hard sci-fi take” that will “fall in line more with a Cronenberg-ian science fiction tale of something horrible happening to your body and [it] transforming out of control”.

In addition to offering a heavy science fiction tone, the film will, according to writer and producer Simon Kinberg, explore the idea of a superhero family.

“Most comic book superhero movies are about a superhero protagonist or a superhero group,” says Kinberg, who also confirms that the “Ultimate Fantastic Four” comics are serving as the film’s primary influence. “But they’re never really exploring what it is to be family… That’s something we really spent a long time talking about and putting into the film. I think that will differentiate us as well from all of the different superheroes and superhero groups out there.”

The Fantastic Four trailer is here!

Hot on the heels of last night’s costume reveal, 20th Century Fox has debuted a teaser trailer for the upcoming Fantastic Four! Check it out in the player below

On the heels of last month‘s first trailer, 20th Century Fox has today released, via Empire, four new stills from director Josh Trank’s Fantastic Four. Check them all out below! 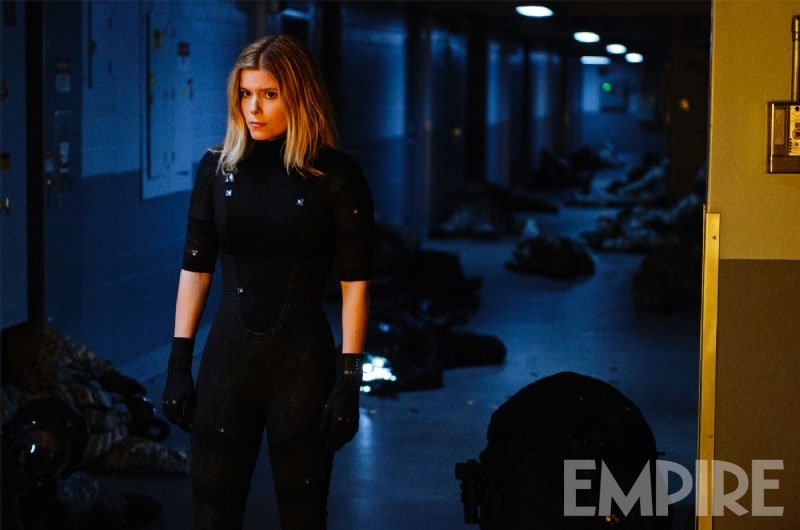 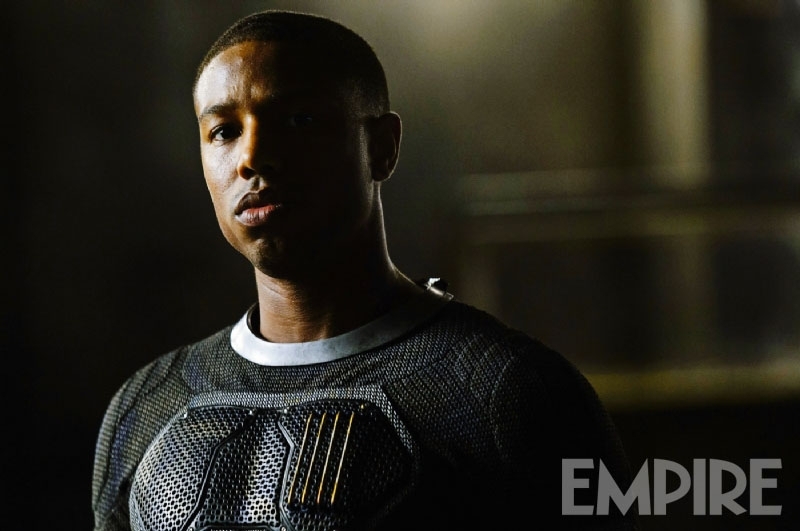 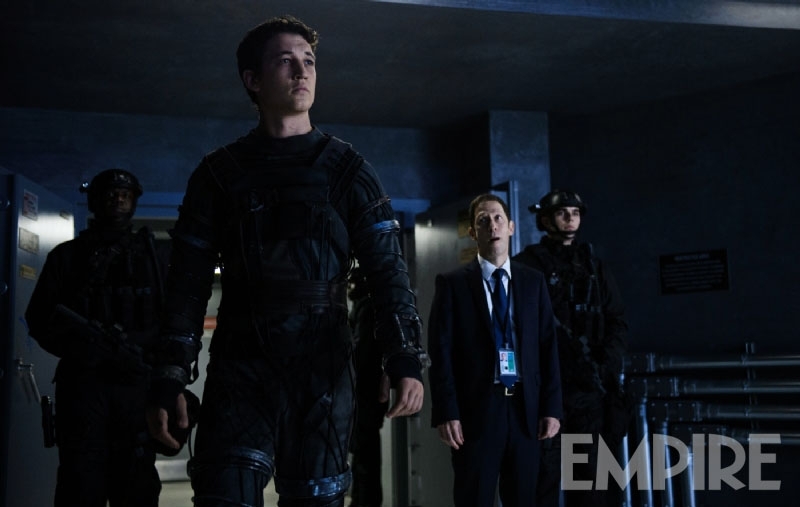 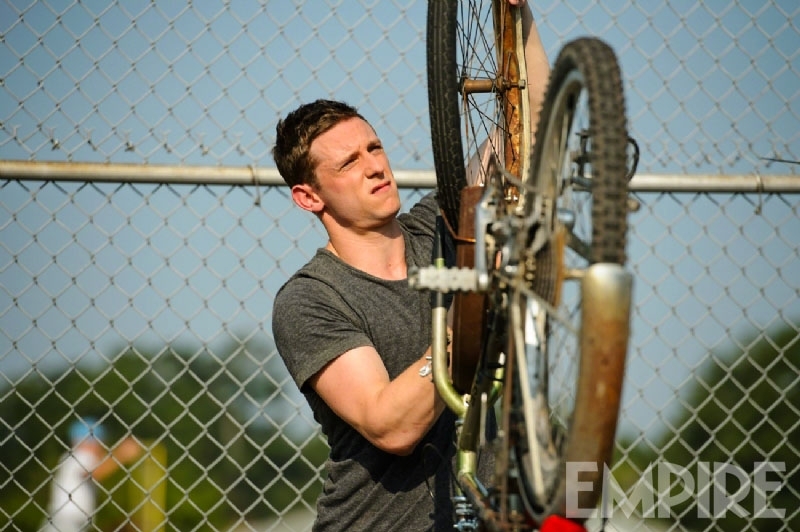 20th Century Fox (via Total Film) has released four more stills from director Josh Trank’s Fantastic Four. Check them all out below. 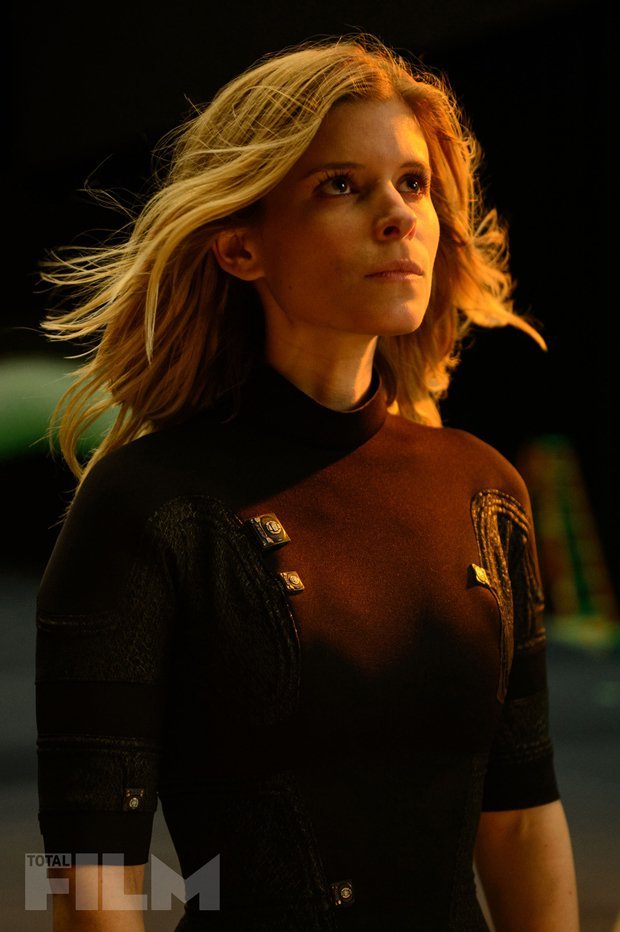 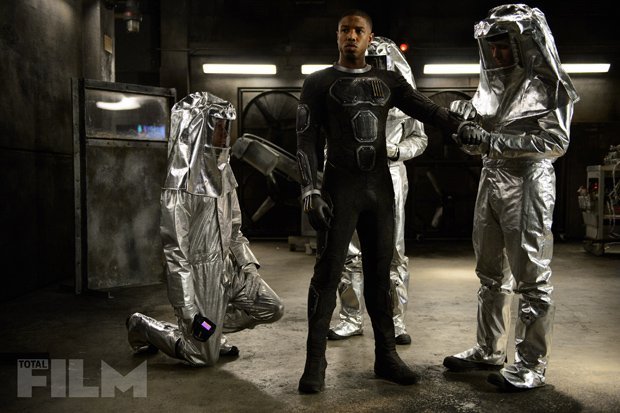 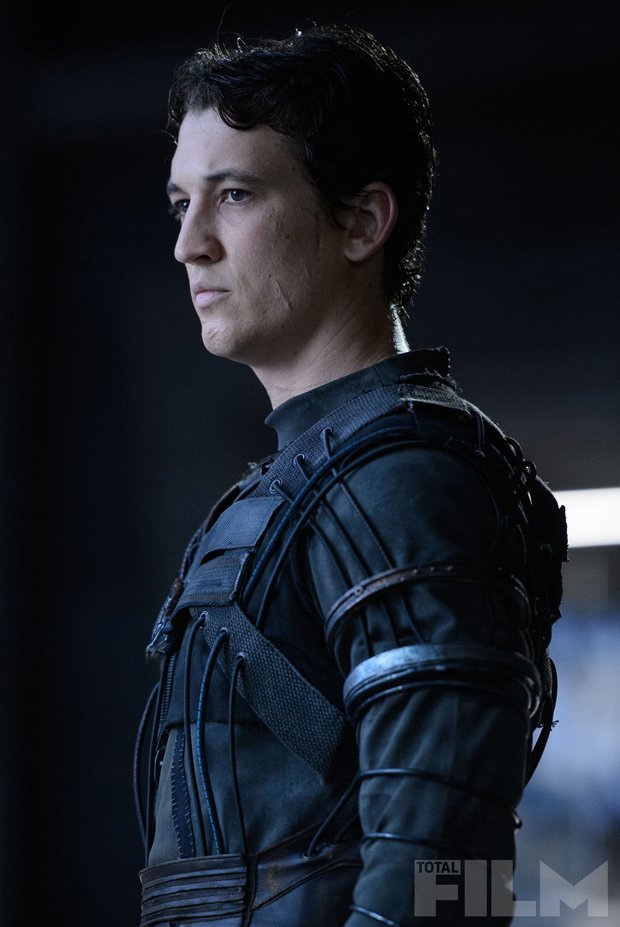 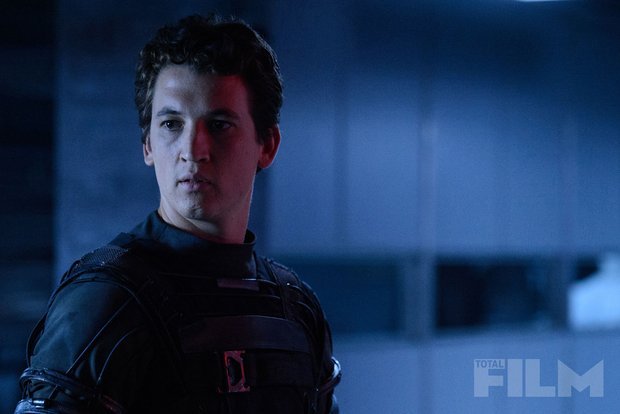 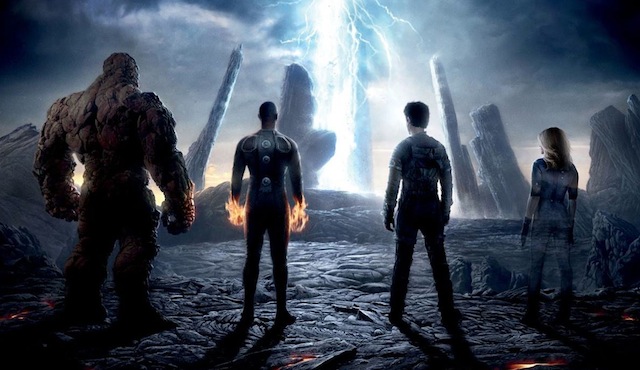 Following the first trailer that hit back in January, 20th Century Fox has today released a new poster for director Josh Trank’s Fantastic Four. Check it out below! 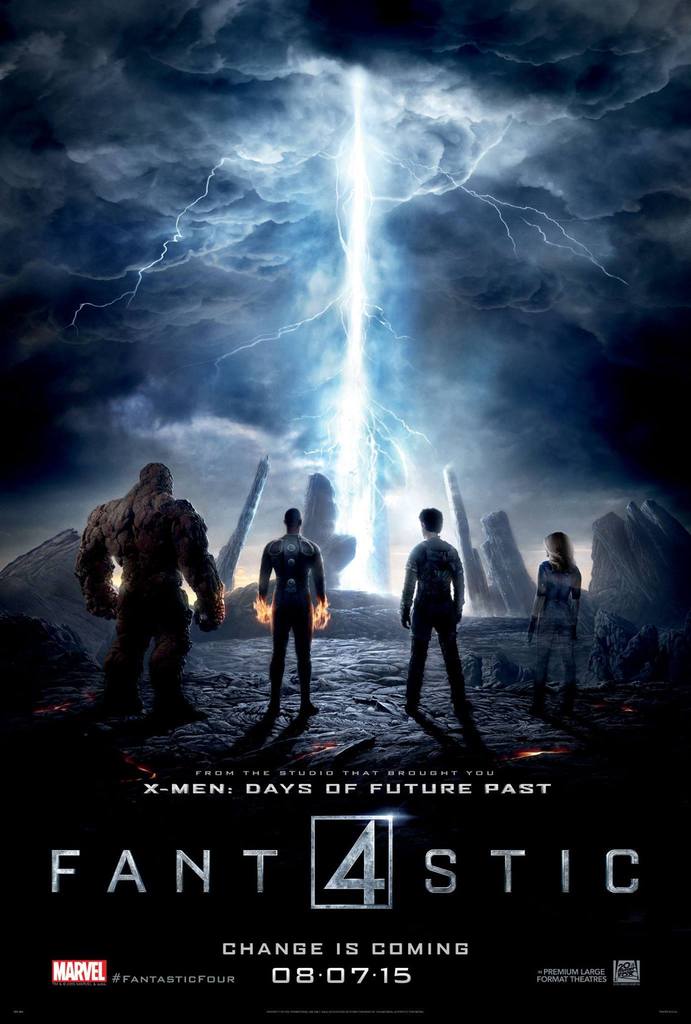 The new trailer for Fantastic Four is here!

20th Century Fox production has revealed the brand-new trailer and poster for Josh Trank’s Fantastic Four reboot which you can check out below!

20th Century Fox has released a new international trailer for Josh Trank’s upcoming Fantastic Four, and though it’s mostly the same trailer as the recently-released one, there are some new shots showing two members of the titular team in action. Check it out below! 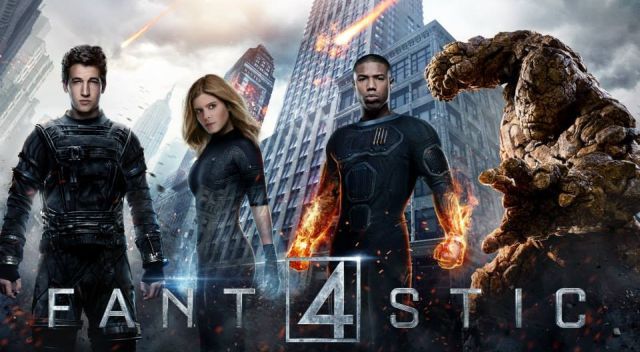 Twentieth Century Fox has released a new banner and four character posters for Josh Trank’s Fantastic Four, all of which you can check out below! 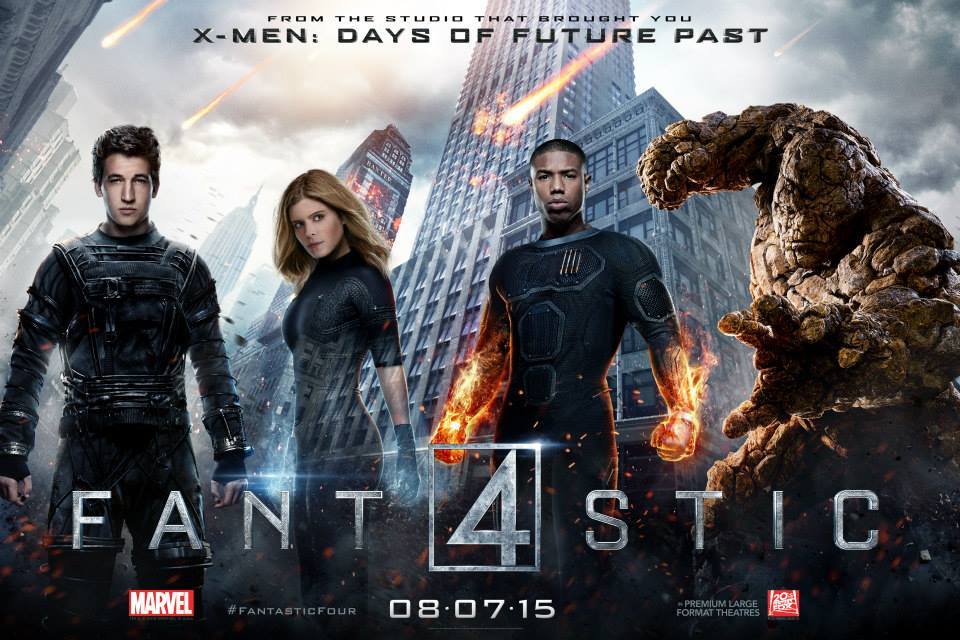 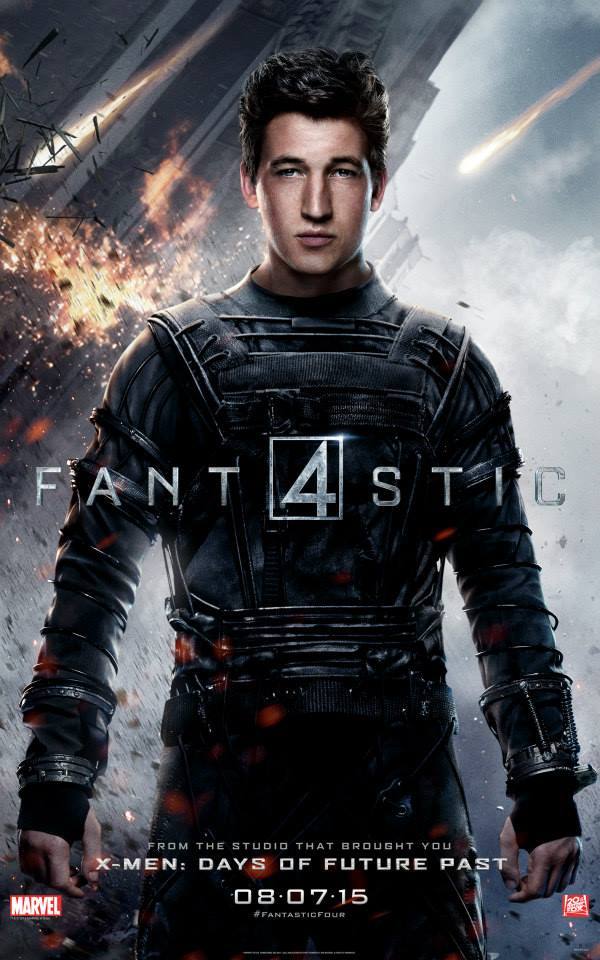 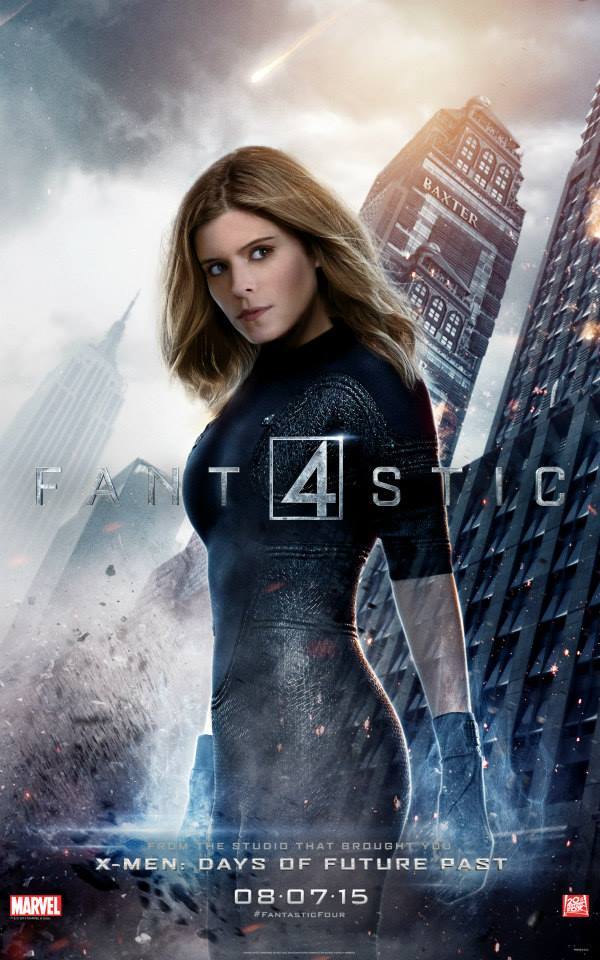 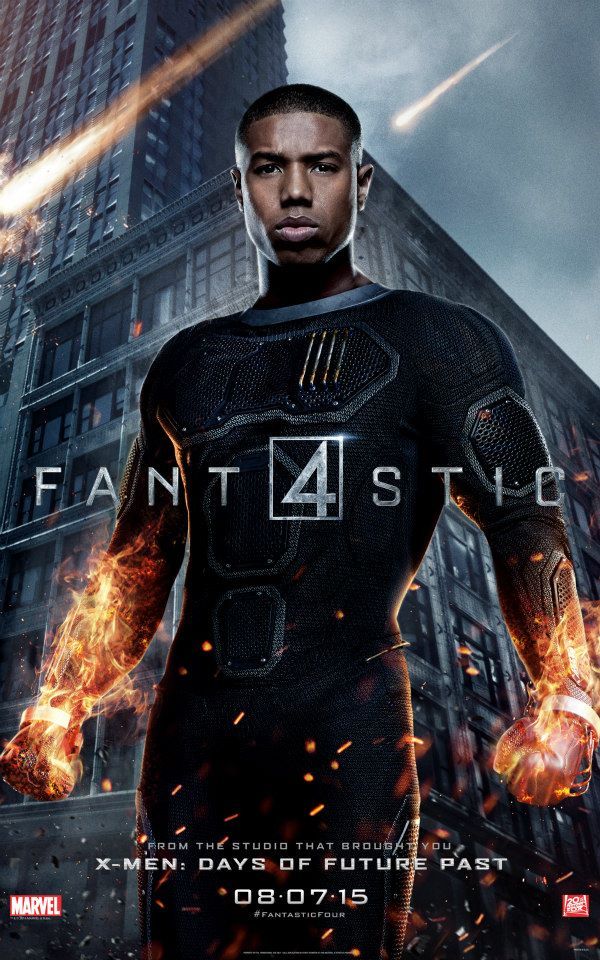 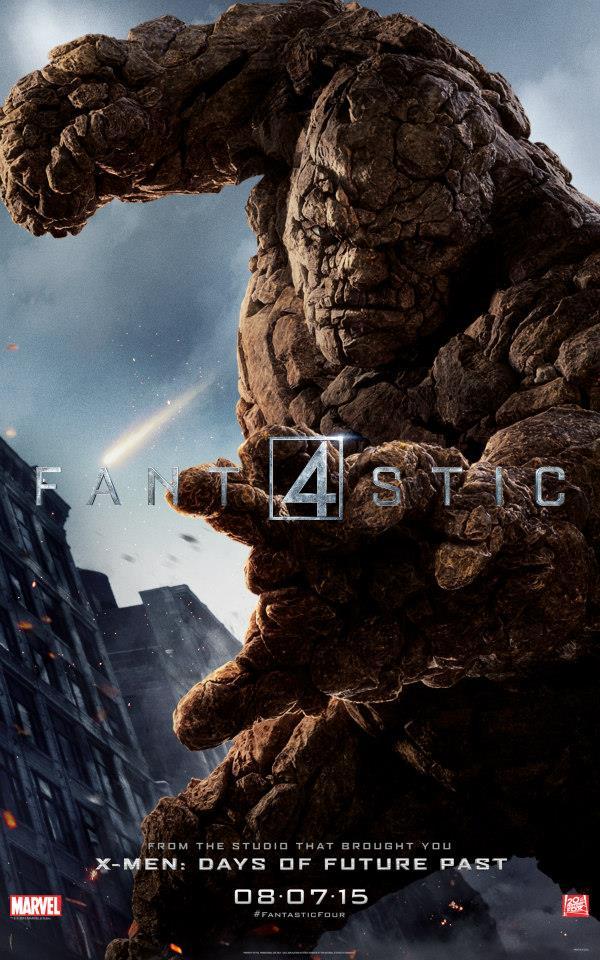 Twentieth Century Fox has released an international Fantastic Four poster, showing off the powers of the titular team. Check it out in the below! 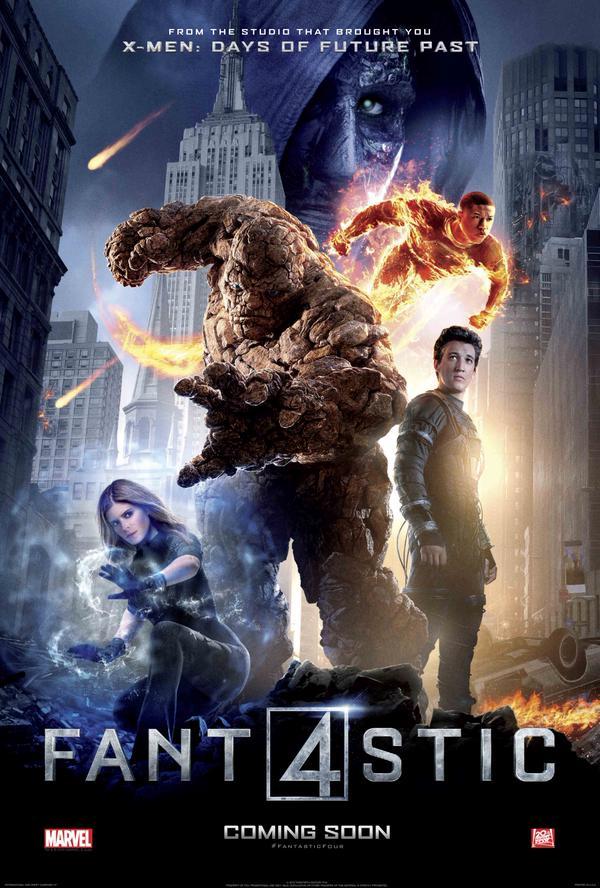 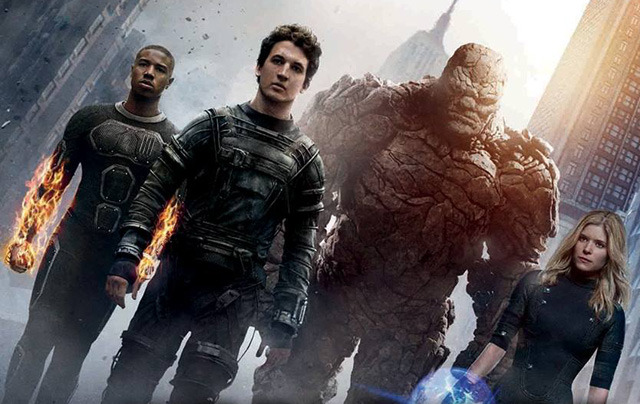 First shown at Comic-Con International: San Diego, 20th Century Fox has now officially released the final Fantastic Four trailer, which you can watch in the player below. Underneath, you’ll also find the new international trailer.