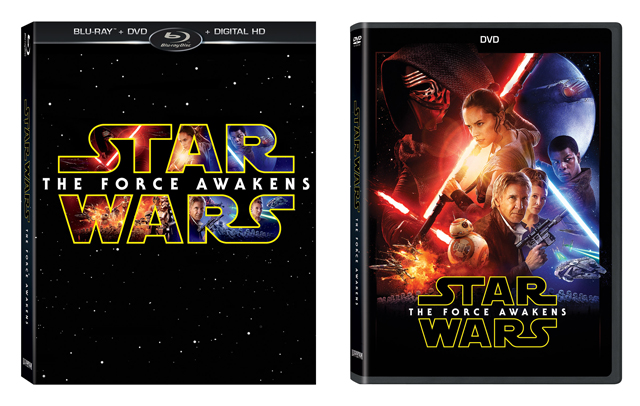 During the Walt Disney Company’s Annual Meeting of Shareholders company, CEO Bob Iger (via StarWars.com) revealed that domestic box office champion Star Wars: The Force Awakens will be available digitally on April 1 and on Blu-Ray Combo Pack and DVD on April 5. Check out the Star Wars: The Force Awakens Blu-Ray, DVD and Digital announcement video below, featuring all-new behind-the-scenes footage and looks at deleted scenes.

Packaged with the film is a galaxy of bonus content that will take fans inside the making of Star Wars: The Force Awakens, including an in-depth documentary, featurettes, and more. Secrets will be revealed through extensive footage, never-before-seen deleted scenes, and exclusive interviews with the actors and filmmakers. Bonus features include*:

–Secrets of The Force Awakens: A Cinematic Journey – For the first time, discover the complete story behind the making of The Force Awakens, revealed through in-depth footage and exclusive interviews with the actors and filmmakers in this feature documentary

–The Story Awakens: The Table Read – Cast members familiar and new reflect on the memorable day they all first came together to read the movie’s script

–Building BB-8 – See how the filmmakers brought the newest droid to the screen, creating an instant fan favorite in the Star Wars

–Blueprint of a Battle: The Snow Fight – Go deeper into the epic, climactic lightsaber battle between Rey and Kylo Ren

–John Williams: The Seventh Symphony – The legendary composer shares personal insights of his work on Star Wars and The Force Awakens

–ILM: The Visual Magic of The Force – An insider’s look into the remarkable digital artistry of the movie’s visual effects.

–Force For Change – Heroes come in all shapes and sizes. See how the Star Wars: Force for Change initiative has united Star Wars fans all over the globe to help others

Note: The 3D version of Star Wars: The Force Awakens will be available later this year.


In addition, Target has posted their exclusive packaging for the release, which you can check out below along with the interior packaging. The Target Star Wars: The Force Awakens Blu-Ray Combo Pack comes with exclusive packaging and an added 20 minutes of bonus content, including never-before-seen interviews with Daisy Ridley and John Boyega and a deeper look at the movie’s costumes and weaponry. 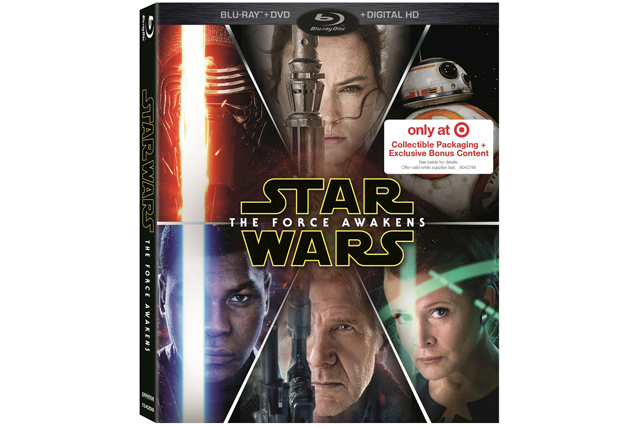 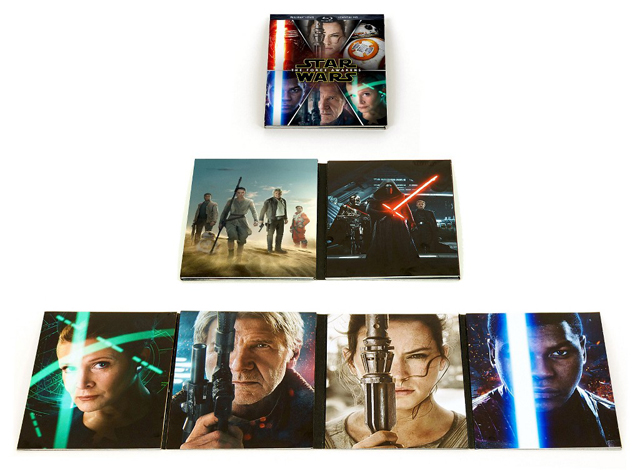 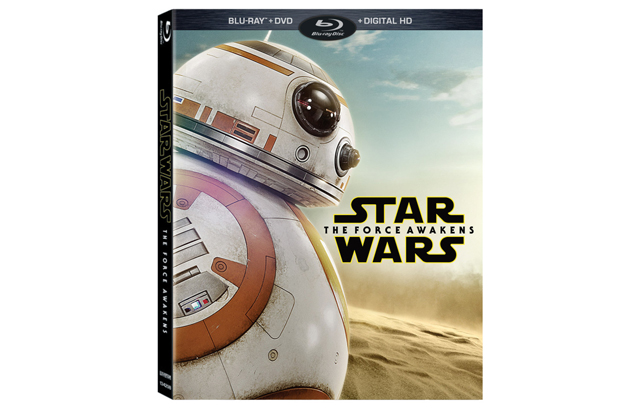