The Altitude32 is not only the outcome of Trinnov’s extensive research in 3D Sound, but also the result of 10 years experience in loudspeaker/room correction in a wide range of applications, from film post-production and mastering suites to commercial cinemas and top-end audiophile music reproduction systems.

This expertise and research for best audio quality has led Trinnov to work on the ultimate home cinema processor and room/speaker optimizer on the market.

The Altitude32 is scheduled to be shipping in September 2014.

"The Altitude is being introduced to let folks know Trinnov has an HDMI based processor coming in the September-October time frame. It will be based on Trinnov's current modularity, adding HDMI and codecs. There is quite a lot happening in the 3D audio area, so it's an exciting time to be launching in the market. The ISE introduction will provide Trinnov with lots of feedback. "

"As the Altitude is coming out later in the year, currently customer preferences are being considered vs R&D/implementation costs. It is too early to say what codecs will be in the Altitude just yet. As we know, codecs cover both decoding (MP3, DD HD, to emerging 3D decoding) and up mixing (PL2, PL2x, NEOx, etc). Each comes with benefit and cost. Some are redundant- as Trinnov has pointed out, and others will be desired for their uniqueness. " 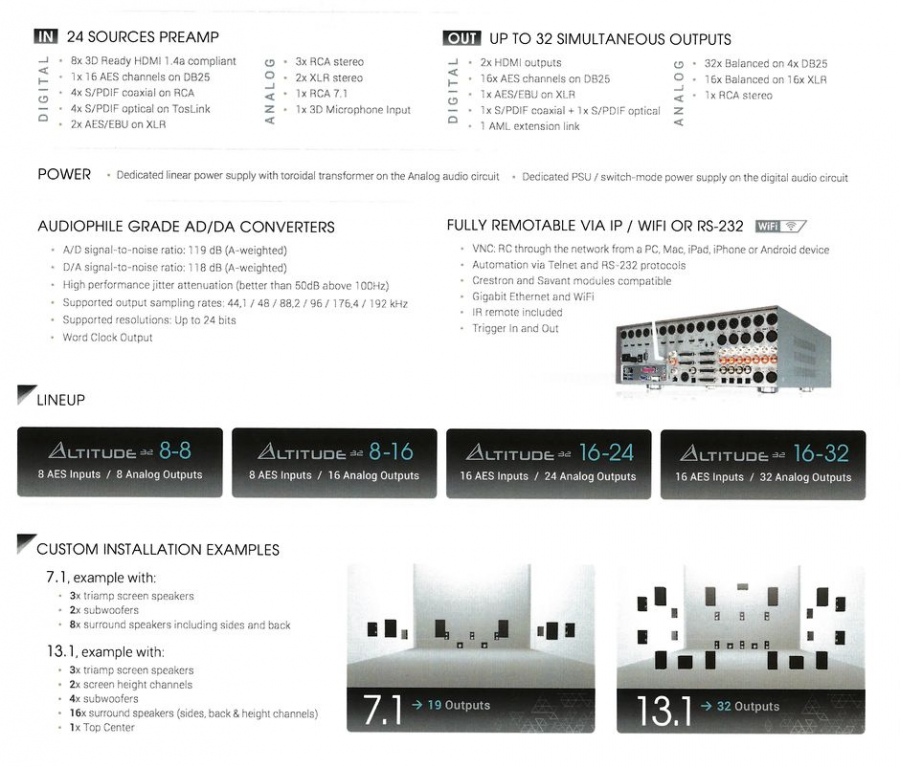