This is the kind of album that could only be realized by an expert technician and holistic composer, but Hopkins’ taste for popular music is also apparent.

He taps into something distinctly spiritual and medicinal on Singularity, an urge to transform and heal through a trancelike ritual fusing techno with pop.

Hopkins recently told The New Yorker that Singularity capped a period of seeking in his life, a time when he devoted himself to “desert treks, controlled breathing, [and] freezing baths.” He bottled that intensity in grooves that heave themselves into being, discovering their forms moment by moment. The songs here are about 75 percent build and 25 percent release, which is gripping, faintly exhausting, and, if you’re ready to go there, transcendent. Hopkins seems to model his music on the infinite cycles of destruction and rebirth that power the universe—but we, too, are part of the scheme. Singularity is ultimately grounded in the personal, not the cosmic…. 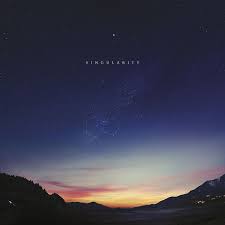 Time is the enemy