kostas kefalas said:
Dolby has said that it envisions a long-term lifecycle of the Atmos experience that will bring the digital 3-dimensional audio format not only to home theater systems but also with a version of the technology designed for PCs, tablet and mobile devices. 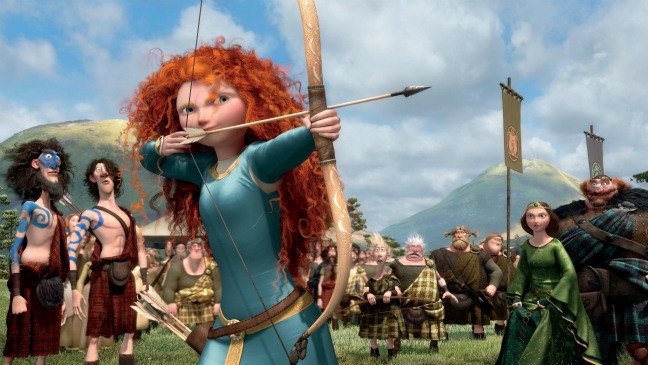 SAN FRANCISCO--(BUSINESS WIRE)-- Dolby Laboratories, Inc. (NYSELB) today announced the names of select movie theatres nationwide that will screen Disney•Pixar's Brave in Dolby® Atmos™, the new audio platform that will change the experience of sound in entertainment. The World Premiere of Brave will take place at Hollywood's Dolby TheatreSM, using Dolby Atmos and Dolby 3D to transport the audience into the adventure, with a lifelike and immersive sensory cinema experience. Following the premiere, Dolby Atmos will continue to wow Brave audiences at select theatres beginning June 22.

"Dolby Atmos is our most revolutionary sound innovation in years, and the industry reaction has been overwhelming. We can't wait for the public to experience firsthand what producers, studio executives, and sound mixers have been raving about since we first demonstrated the technology in April," said Ramzi Haidamus, Executive Vice President, Sales and Marketing, Dolby Laboratories. "It's fitting that Disney•Pixar, known for creating magical and immersive worlds, will be the first to introduce audiences to a film in the most magical and immersive sound format ever conceived."

The following theatres in the United States and Canada are slated to show Disney•Pixar's Brave in Dolby Atmos:

The newest line of Marantz AVR’s which are expected to be available in September have been developed to deliver captivating, multi-dimensional sound with Dolby Atmos. The SR7009 and the AV7702 (October) models will be the first Marantz products to feature Dolby Atmos.

With Dolby Atmos, sound comes alive from all directions, including overhead, to fill the home theater with astonishing clarity, power, detail, and depth.

The Denon AVR-X4100W and AVR-X5200W which are expected to be available in September will deliver award-winning Dolby Atmos multi-dimensional sound and will be the first Denon AVRs to feature Dolby Atmos.

With Dolby Atmos, sound comes alive from all directions, including overhead, to fill the home theater with astonishing clarity, power, detail, and depth.

Pioneer Electronics (USA) Inc. today brings an incredible multi-dimensional audio experience to consumers with a dedicated line of Dolby Atmos®-enabled Andrew Jones-designed Elite speakers and Elite SC series home theater receivers that will be Dolby Atmos upgradable via a firmware update available by the end of the year. With Dolby Atmos, sound comes alive from all directions, including overhead, to fill the home theater with astonishing clarity, power, detail, and depth. The new 2014 flagship Elite SC receivers with Dolby Atmos will provide the critical multi-channel processing and necessary power required to fully create the Dolby Atmos effects while a new line of Andrew Jones designed Elite speakers will produce exceptional sound quality that brings the technology to life1.

“We’ve been at the forefront of every technology available for the home theater environment and we’re making a point to have the Dolby Atmos technology into the latest products that will captivate and transport audiences with multi-dimensional sound,” said Chris Walker, director of AV product planning and marketing for the Home Electronics Division of Pioneer Electronics (USA) Inc. “To ensure the best Dolby Atmos experience possible, Pioneer not only produced a series of ultra-high end receivers dedicated for the task, but also appointed Andrew Jones, our top speaker engineer, to design a speaker system worthy of the Elite brand and that can reproduce the sound quality that only Dolby Atmos can deliver.”

First established in the cinema, Dolby Atmos transports audiences into the middle of the movie action with a multi-dimensional sound experience that heightens emotions. Pioneer’s years of experience and expertise in home theater gave them the opportunity and advantage to develop a complete Dolby Atmos system with both receivers and speaker products. The availability of a single Pioneer branded system provides better control of the Dolby Atmos experience and the advantage in delivering the technology.

“Dolby Atmos is the next step in home entertainment and it’s really something you have to experience for yourself to understand how truly amazing it is,” said Michael Crane, Senior Director of Merchandising for Magnolia Home Theater and Design Centers. “We’re looking forward to demonstrating the technology in our Magnolia locations through Pioneer’s complete Dolby Atmos-enabled system.”

There are more than 340 Magnolia Home Theater locations within Best Buy stores nationwide that offer customers a premium home electronics shopping experience. There are also more than 40 Magnolia Design Centers which are the flagship of the Magnolia brand and provide the finest brand names, greater depth in product categories, as well as highly-trained system designers, project managers, programmers and installers.

Details of Dolby Atmos-enabled Pioneer products will be announced on Wednesday (11:45 a.m.), June 25 at Pioneer’s press conference in New York City at the 2014 CE Week Show. Pioneer will also have a special home technology room set up with the complete Dolby Atmos system for demonstrations to show attendees. Members of the media are encouraged to attend the Pioneer press conference and experience Dolby Atmos.